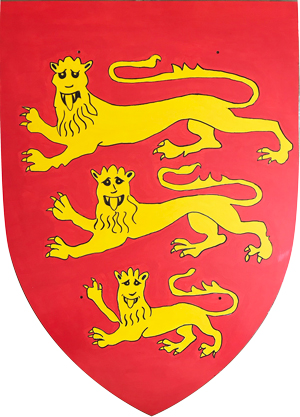 King Henry III was born in Winchester Castle on 1st October 1207, the eldest of King John and Isabella of Angouleme. At the tender age of nine, his tyrannical father John died, and Henry of Winchester became King Henry III of England.

Simon de Montfort started to make his way home to Kenilworth Castle, to join up with his son’s forces. Together they would outnumber Edwards new army. But Edward, who was far better general than his father, struck first and defeated de montforts son at Kenilworth.

Edward then marched south west to intercept Simon de Montfort, who was still trying to get Kenilworth with king henry III as prisoner. The two sides met at Evesham on 4th August 1265 and it was Edward who had the larger force.

The rebel army was defeated and Simon de Montfort was killed. Henry who was not wearing his own armour was nearly killed by royal forces and he not cried out “Save me, save me, I am Henry of Winchester!”.

Despite the royal victory, the rebel cause was still present. King Henry III knew he could not return to the old ways before the provisions, and his time is coming to an end. The last of the resistance fighters were forced to surrender and Henry reissued the provisions to enable stability. On 16th November 1272 King Henry III died in Westminster, and was buried in the Abbey.