Simon de Montfort needed to cross the River Severn and break across to unite with his supporters in London or at Kenilworth where his son, also Simon, was assembling a force. En-route from Hereford, Simon wanted to rest and feed his army and he took this opportunity at Evesham.

On 1st August, Prince Edward took the risk of leaving Worcester on a forced march to Kenilworth where he surprised the young Simon and seriously weakened his forces. When Edward returned to Worcester, he learned that de Montfort had crossed the Severn. The royalist forces held the crossing against de Montfort.

Edward, along with his two lieutenants, Gilbert de Clare and Roger Mortimer, led their forces to Evesham along the north bank of the river. Nearing the town they stopped at Mosham Meadow, below Craycombe Bank, to finalise their tactics before advancing to the upper slope of Greenhill. Edward took the centre ground, with Mortimer on his right and Gloucester on his left.

Simon de Montfort's army, on the other hand, keeping well to the south of Edward’s forces, crossed the River Avon near Pershore and approached Evesham from the south to enter the town across the bridge close by the Abbey. It was here that de Montfort and many of his men were to spend their last night. He was warmly welcomed in the abbey and heard mass in a chapel there, apparently unaware of his dangerous situation and certainly not of what was to follow.

For a number of years after the defeat the site of the battle became a place of pilgrimage where miracles were believed to have occurred.

Now, the Battlefields and Battle Well Field are privately owned but a self-guided trail is marked by waymarked posts. It is tenanted by the Simon de Montfort Society and actively managed as part of a Natural England stewardship scheme. It is not a public right of way, but the public are permitted to walk the trail, sticking closely to the marked paths. (Do not enter other land, please take all litter away and sorry, no dogs allowed). 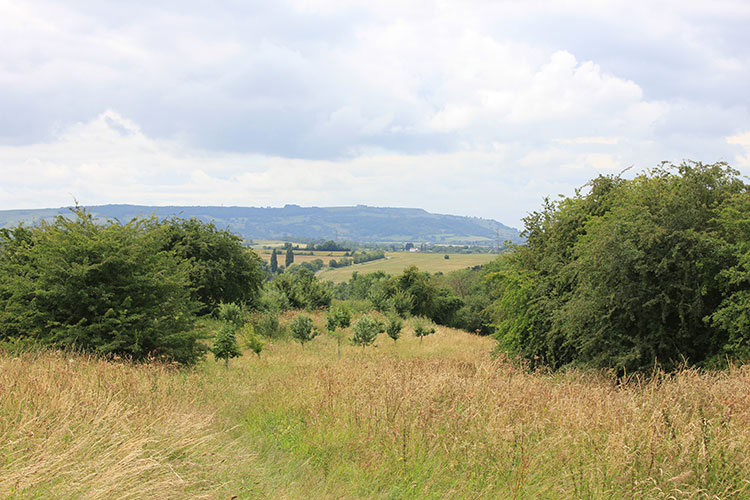