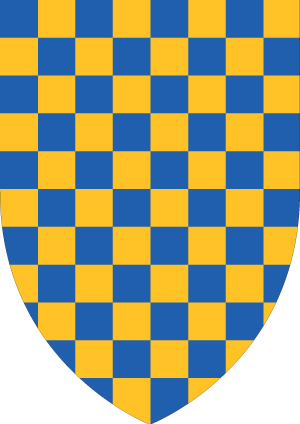 John de Warenne, 6th Earl of Surrey (1231 – c. 29 September 1304) was a prominent English nobleman and military commander during the reigns of Henry III of England and Edward I of England. During the Second Barons' War he switched sides twice, ending up in support of the king, for whose capture he was present at Lewes in 1264. Warenne was later appointed a Guardian of Scotland and featured prominently in Edward I's wars in Scotland.

By 1260, Warenne had joined the party of Simon de Montfort, but switched back to the king's side in 1263. In April 1264, he and Roger de Leybourne were besieged by de Montfort at Rochester Castle. In April of the same year Warenne was present for the Battle of Lewes (fought near his ancestral home, Lewes Castle). After the capture of the king and Prince Edward he fled to the Continent, where he remained for about a year. He returned to fight in the campaign which culminated in the Battle of Evesham, the Battle of Chesterfield and the siege of Kenilworth Castle.