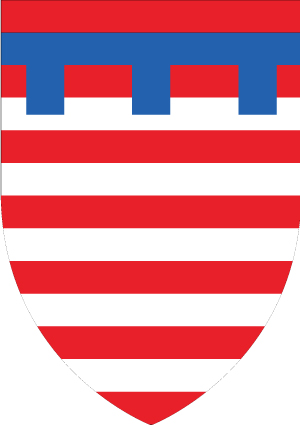 Sir Hugh Gubyon of Tudhoe, Durham City (ca. 1235-1275) was among 15 Royalist knights who were taken prisoner by Roger Mortimer's army at Northampton.

Sir Hugh must have been released: he fought for the King again at the Battle of Lewes in 1265, where the King himself and his son Edward were taken prisoner. However, Simon de Montfort's triumph was short-lived: Prince Edward escaped, raised another army, and was victorious at the Battle of Evesham, where Simon de Montfort was killed.
Sir Hugh Gubyon, a loyal royalist, died around 1275.

We are trying to find more information about Hugh Gubyon, if you have any information please send it to: mick@battleofevesham.co.uk