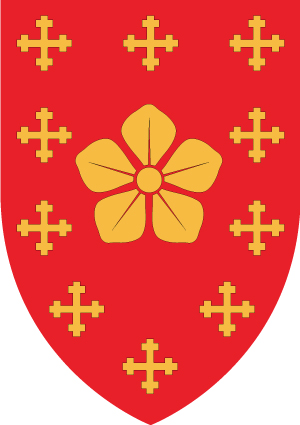 He was the first of the Anglo-French de Umfraville line to rule the Earldom of Angus in his own right.

His father was Gilbert de Umfraville (d. shortly before 13 March 1245), a Norman, and feudal Baron of Prudhoe in Northumberland, and his mother was Matilda, Countess of Angus. He succeeded his father in infancy.

He also carried on the line of the earlier Gaelic earls through his mother. He succeeded her sometime after 1247 (when she was still living with her third husband Richard de Dover) as an infant, certainly no older than three.

Simon de Montfort, 6th Earl of Leicester, paid £10,000 to act as Gilbert's warden. Gilbert eventually grew into his inheritance, and although he was primarily an English magnate, there are still a few of his recorded grants. Gilbert was the nominal ruler of the province for more than half a century. As Earl of Angus he was summoned in 1276 for a campaign in Gwynedd against Llywelyn ap Gruffudd. In 1284 he attended the parliament with other Scottish noblemen who acknowledged Margaret of Norway, as the heir to King Alexander. In 1296 he again joined Edward I in his conquest of Scotland. He also founded a chantry for two priests at Prudhoe Castle to celebrate mass daily.

He died in 1308, and was succeeded by his second son, Rober de Umfraville, Earl of Angus.