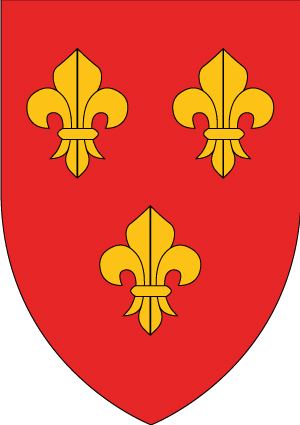 Walter de Cantilupe was a medieval Bishop of Worcester. He came from a family that had risen by devoted service to the crown. His father, William I de Cantilupe, and his elder brother William II de Cantilupe were named by Roger of Wendover amoung the evil counsellors of King John of England, apparently for no better reason than that they were consistently loyal to an unpopular master.

Cantilupe at first followed in his father's footsteps, entering the service of the Exchequer and acting as an itinerant Justice in the early years of Henry III.

Cantilupe was present at the Battle of Lewes and blessed the Montfortians before they joined the battle with the army of the king; he entertained de Montfort on the night before the final rout and defeat of the Battle of Evesham.