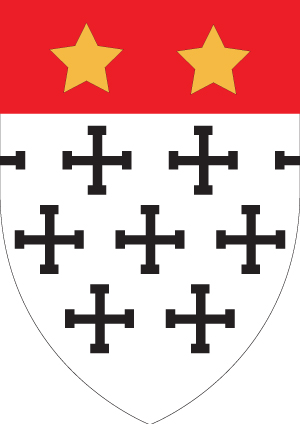 Sir John Le Despencer, as well as Roger de St. John, joined the Barons in the great civil struggle against Henry III, and they both attended the celebrated Council summoned at Oxford in 1258, commonly known as 'the Mad Parliament.'

In 1265 Roger de St. John was killed at the battle of Evesham, his estates were confiscated, and ' Swaluefelde and one messuage and one carucate of lands in Beaumys with woods and rents and all appurts ' were granted to Roger de Leybourne, and in Charter Roll 49 Hen. III. we read that ' only a messuage in Beaumys remained the property of Sir John Le Despencer.