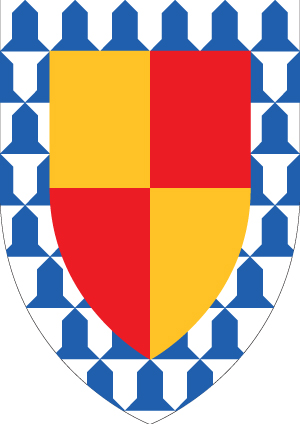 Sir John Fitzjohn was summoned for Military Service against the Welsh, from 14 March 1257/8 to 25 May 1263, to a Council, 17 October 1263, and to Parliament, 24 December 1264, by writs directed Johanni filio Johannis. He was one of those prohibited, 16 February 1264/5, from taking part in the tournament at Dunstaple, and ordered to attend a Council on the morrow of Ash Wednesday (19 February) following.

At the Battle of Evesham he was wounded and taken prisoner, and his lands were granted away to the Earl of Gloucester and Roger de Clifford. On 7 February 1265/6, the Countess of Aumale having undertaken to bring him before the King if called upon to do so, the King committed him to her charge. He was pardoned and admitted to the King's peace, 10 July 1266, and recovered his lands under the Dictum of Kenilworth, but on 1 June 1268 they were again taken into the King's hand for contempt.

He was one of those appointed, 26 May 1270, to treat with Llewelyn at Gresford on the morrow of Trinity (9 June) following, and was one of the King's proxies at the General Council of Lyon, 7 May to 17 July 1274. He was present in generali parliamento at Westminster, Sunday the Feast of St. Dunstan 19 May 1275.