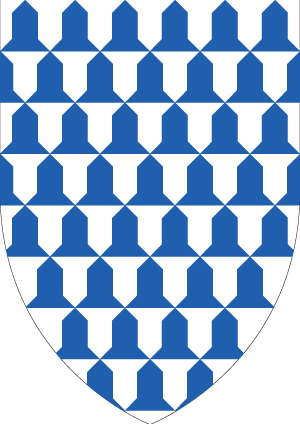 John De Beauchamp had an impressive inheritance as his ancestor Payn de Beauchamp was given the Barony for Bedford by William the Conqueror.

John was the 5th Baron by tenure having only just inherited the title a short time before the Battle of Evesham. Ironically it was the first and the last time John ever raised his standard.

Simon De Montfort had realised he was in a poor strategic position when he saw the number of men Henry and Edward had mustered, as well as their position- leaving his army literally hemmed in with little chance of success. Death was a certainty, so he granted permission for any of his supporters to leave the battlefield. Some of his followers did but most the barons formed a circle around him as a shield.

John it seems survived this if he was indeed one of the number that did this, but unfortunately was butchered after the battle. Despite Edward’s protestations for prisoners to be taken, his Royalist supporters were determined to stamp out any future uprisings, by killing everyone left living. Reportedly John would have just been about 20 at the time of his death, leaving no issue.