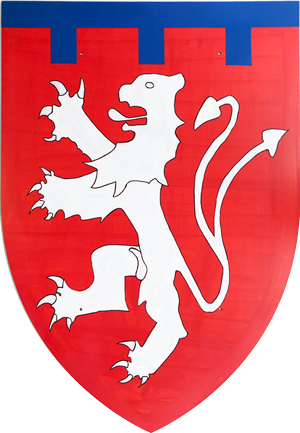 Sir Henry de Montfort was the son of Simon de Montfort,  6th Earl of Leicester, and with his father played an important role in the struggle of the barons against King Henry III.

When the siege of Gloucester began in 1265, Henry de Montfort and Humphrey de Bohun, holding the King and Prince Edward (later Edward I) as prisoners, spent two weeks fortifying the town and castle. Henry then accompanied his father to Evesham, where they intended to rendezvous with Henry's younger brother, Simon the younger de Montfort. Instead they met Prince Edward, who had ambushed the younger de Montfort's army and then marched under its stolen Montfort banners to lure Henry and the elder Simon into a trap.