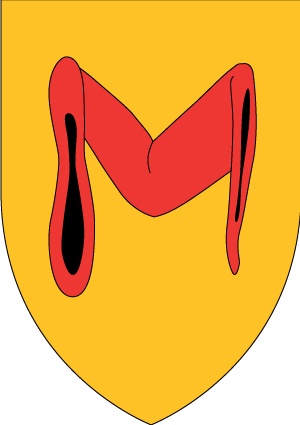 Henry de Hastings (c. 1235 – c. 1268) was created Baron in 1264 by Simon de Montfort. He led the Londoners at the Battle of Lewes, where he was taken prisoner, and fought at the Battle of Evesham. He resisted the King, Henry III at Kenilworth, and, after the Dictum of Kenilworth he commanded the last remnants of the baronial party when they made their last stand in the Isle of Ely, submitting to King Henry in July 1267.

Henry was the only son of Sir Henry de Hastings and Ada of Huntingdon, one of four daughters of David of Scotland, 8th Earl of Huntingdon and Maud of Chester. Henry married Joan de Cantilupe, daughter of William III de Cantilupe and Eva de Braose.

Although Henry was known by the title of Baron, his baronial title was not recognised by the crown; hence his son John Hastings, 1st Baron Hastings is regarded and enumerated as the first baron of the line.