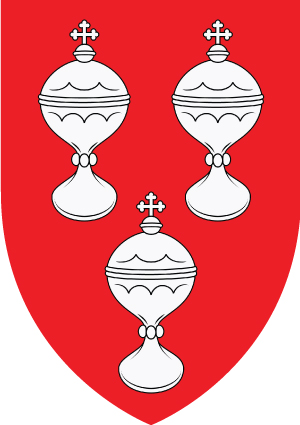 Giles was the son of Richard and Cassandra (Richard’s second wife) and lived in Melbourn in Cambridgeshire, although he owned about 11 estates in total, including those he had “gained” along the way.

Married to Margery Aiguillon with family, he was a loyal supporter of Henry III and Prince Edward to begin with. His loyalty was rewarded with him being granted the office of Royal Steward (like his father before him), he was one of the Council of 24 established by Henry III. In November 1260, he was appointed a member of two commissions to look into local difficulties at Dunwich and Cambridge. In December 1260, he was appointed justice itinerant ( a mobile court) for Midland Counties and in the Summer of 1263, he was made Constable of Windsor.

However he decided to pledge his alliance to Simon despite Henry III pleading him to reconsider, but he refused. Giles fought at the earlier Battle of Lewes where both Henry III and his son Prince Edward were captured. From records he spent some time with them whilst they were captive.

He was made Guardian of the Peace for Cambridgeshire as well as being appointed one of the Council of Nine.

Although he survived the Battle of Evesham, he had a disastrous time afterwards, having his lands seized, with those that he had “acquired” being given back to their rightful owners. However in February 1266, he received the King’s pardon, with some of his estates being reinstated to him. He died shortly before November 1282.