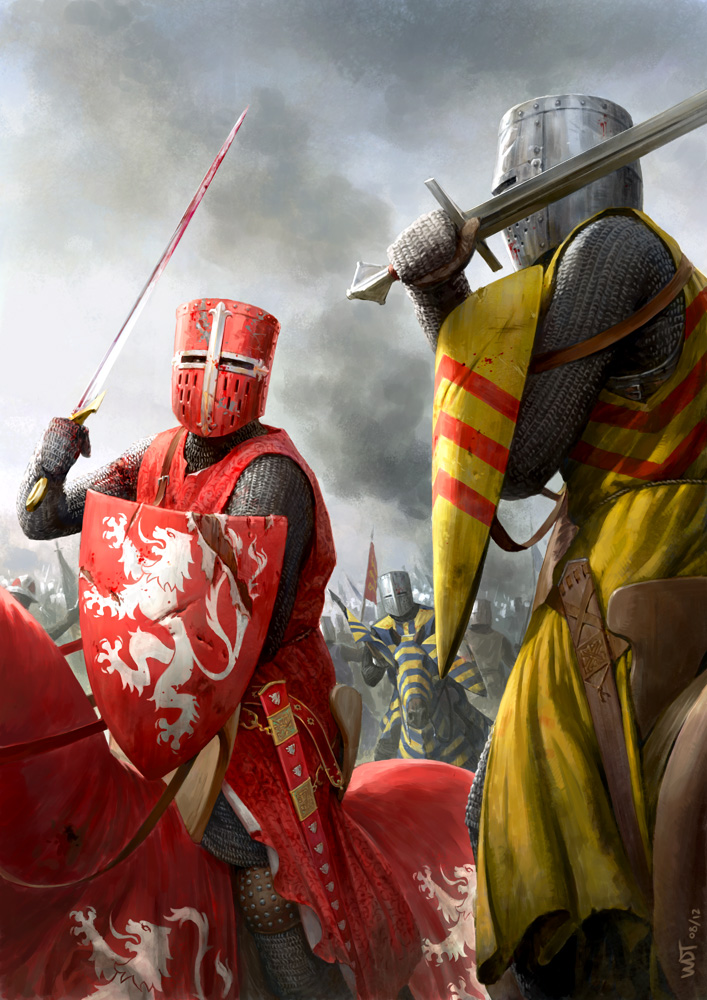 De Montfort was King Henry III’s friend and counsellor. He was married to the king’s sister, Eleanor of England and he was godfather to Prince Edward (later Edward I). But in 1239 Simon and Henry fell out and Henry threatened to imprison him in the Tower of London. For several years, despite discontent, Simon joined King Henry’s various campaigns and in 1253 chose to make peace with the King in obedience to the dying Robert Grosseteste, Bishop of Lincoln. By 1261, following two parliaments that Henry failed to adhere to, de Montfort left the country in despair. In 1263 he was invited to return to England by the barons who were convinced of the King’s hostility to all reform. De Montfort led a rebellion with the objective of reforming the government. This was successful for a time, but Prince Edward used bribes to turn many of the barons against de Montfort.  In 1264 civil war broke out.

Simon de Montfort led the rebellion against King Henry III during the Second Barons’ War and subsequently became de facto ruler of England following success at the Battle of Lewes. During his rule he called two famous parliaments. The first stripped the king of unlimited authority, the second included ordinary citizens from the towns. Then there was the Battle of Evesham in 1265. He was brutally killed and hailed a hero. His parliament is the template of many others in democratic countries today.