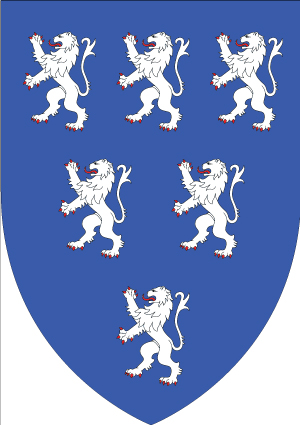 In December 1264 he was given a safe conduct to visit the king, and then in May 1265 he spoke with Edward, helping organise his escape from Kenilworth Castle on 28 May. Leybourne subsequently fought at the Battle of Evesham, reportedly saving the king's life, and for the two years of conflict after Evesham served as Edward's principal lieutenant.

In August 1265 he was made keeper of Westmorland, in October he was given custody of Carlisle Castle, made High Sheriff of Cumberland and trusted with subduing London on behalf of the king. In November he fought the rebels in Kent, and in January 1266 he recaptured Sandwich, serving as Edward's deputy for the capture of the other Cinque Ports. Along with Edward he besieged and captured Winchelsea, fighting off rebels across the Thames in May. He was knighted in September, with the king ordering that he should be received everywhere 'with due honour as the king's knight'. He was also a member of the king's council, and appointed custodian of Nottingham Castle.