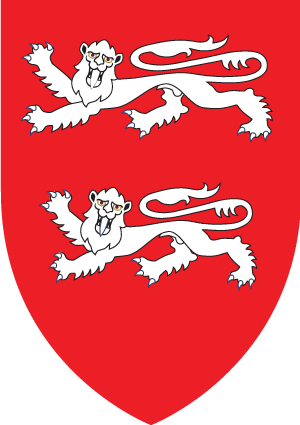 Le Stranger means “Foreigner” but he was born in in Shropshire, He was the second son of the English knight John (III) le Strange  (died before March 1269) and his wife Lucy, daughter of Robert Tresgoz.

He was a loyal to King Henry III and Prince Edward. After the Battle of Evesham he left his lands to his younger brother Robert and joined Edward on the Seventh Crusade. In 1270 Edward returned to Europe in 1272 after his father's death, leaving Hamo in the Kingdom of Jerusalem. On 21 March 1272 Hamo married Isabella of Beirut (1252 - 1282/83), Lady of Beirut and daughter of John II of Beirut. She was the widow of Hugh II of Cyprus (died 1267). He is believed to have died in 1272/ 73 after which his wife then returned to Beirut.