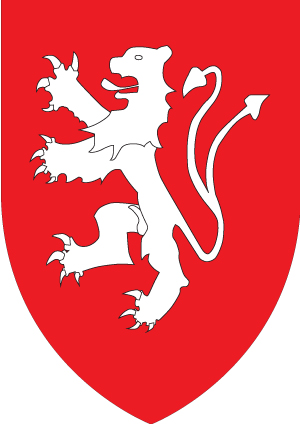 Simon de Montfort, 6th Earl of Leicester (c. 1208 – 4 August 1265), sometimes referred to as Simon V de Montfort to distinguish him from his namesake relatives, was a nobleman of French origin and a member of the English peerage, who led the baronial opposition to the rule of King Henry III of England, culminating in the Second Barons' War. Following his initial victories over royal forces, he became de facto ruler of the country, and played a major role in the constitutional development of England.

During his rule, Montfort called two famous parliaments. The first stripped the King of unlimited authority, while the second included ordinary citizens from the towns. For this reason, Montfort is regarded today as one of the progenitors of modern parliamentary democracy. As Earl of Leicester he expelled Jews from the city; as he became ruler of England he also cancelled debts owed to Jews through violent seizures of records. Events in London and Worcester, for instance, led to massacres. After a rule of just over a year, Montfort was killed by forces loyal to the King in the Battle of Evesham.